During the past two days, we went to Golden Gate Park. Our first stop was The California Academy of the Sciences. This center has been around since my youth, but I only remembered one exhibit: the Pendulum.

In the feudal days days of my youth, the Pendulum knocked over pieces of chalk as the “World Turned.” The chalk has been replaced by little wood sticks, but I still fascinated by the whole process of a free-wheeling ball on a metal string remaining constant while the Earth revolves on an equally constant arc.

Everything else at the Academy was SO updated. And maybe this demonstrates just how far Science has evolved in 50 years. There were exhibits on California fish life, earthquake simulation, the rainforest,  African Penguins, a planetarium, and I know I am forgetting at least five more. We had a great afternoon of discovery…Yes, even old farts can learn something new. Below are a few pics I took at the Academy: 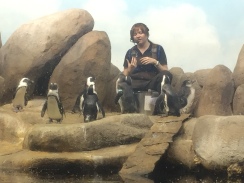 The following day, we met a friend of Mrs Bear, Annie, who hosted us at the exhibits at the DeYoung Art Museum, also in Golden Gate Park. The first presentation was a cinematic mural of the interactions of the Polynesian people and the crew of Captain James Cook. The second was the primary exhibit of the month: “Beneath the Skin… The Work of Ed Hardy.”

Mr Hardy graduated from the San Francisco Art Institute and turned down Yale in order to study the art of tattooing. He studied with American artists who introduced him to legendary Japanese tattoo artists. Mr Hardy is recognized as being one of the main influences in the popularity of tattooing in the 1970s. He spent hours and days designing personal body tattoos for clients…First on sketchbooks and then replicated on bodies. See the example above.

Mr Hardy began to branch out his work. He started putting designs on canvas and other surfaces, which he found less confining than the human body. He published volumes on tattooing techniques, and then progressed into special projects. To celebrate the a Year of the Dragon, Mr Hardy drew a 200 foot mural entitled “Two Hundred Dragons.” I’m really not sure how they hung it all in the DeYoung. Below are more examples of his work: 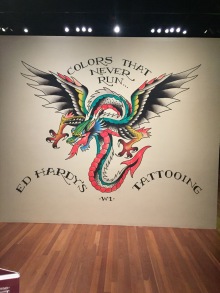 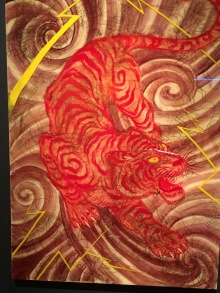 As we were touring the exhibit, a group of people came by, including a man with a dog. I thought to myself that it was a little tacky for someone to bring a service animal into the exhibit. But it turned out to be Mr Hardy himself !! How often does a presented artist even still be alive, on top of actually be present??

After finishing at the DeYoung, Mrs Bear and I walked (aka rolled) through the  Japanese Gardens. These gardens are special… Not much else to say about it, so I’ll show it instead: 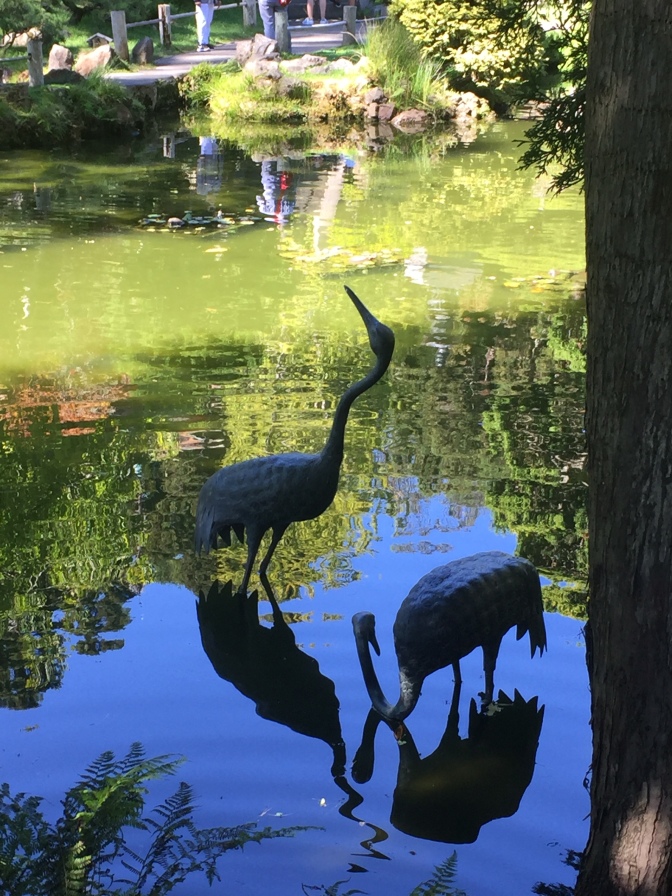 This concluded our days in SFO, other than having dinner with a special friend from grade school and beyond, and her husband. A great city with lasting friendships… Can’t really ask for anything more.

One thought on “San Francisco, Days Three and Four”