Our second full day in Cairns was devoted to a trip to the Great Barrier Reef. Who among us hasn’t dreamed of this moment!!?? The journey actually started with a drive north to Port Douglas. This rode hugged the edge of the Australian continent, providing beautiful views of the Coral Sea. The bus didn’t stop so the pics below were snapped through the bus window: 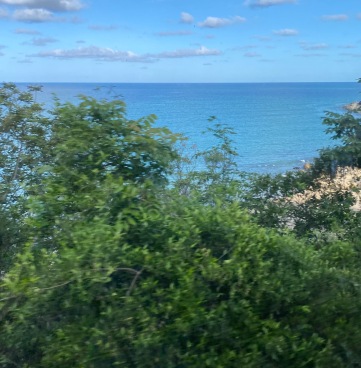 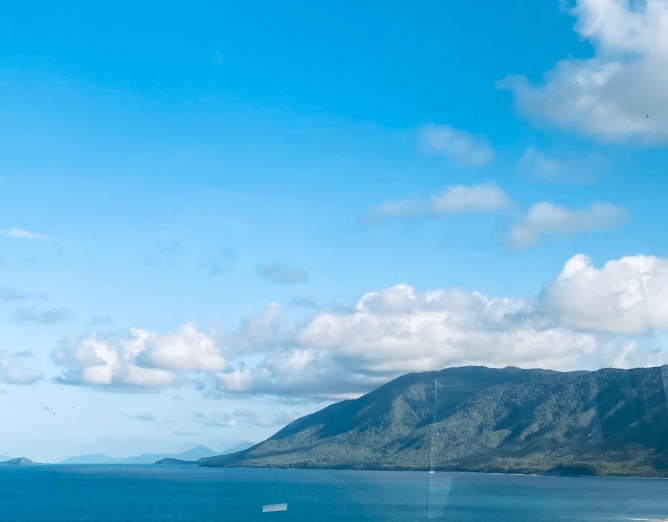 Port Douglas seemed to be a town about 1/3 the size Cairns. The entire industries were trips out to the reef and treks into the rain forest. Our guide said that the Captain Cooke Highway becomes 4 Wheel Drive very quickly further north of Port Douglas. 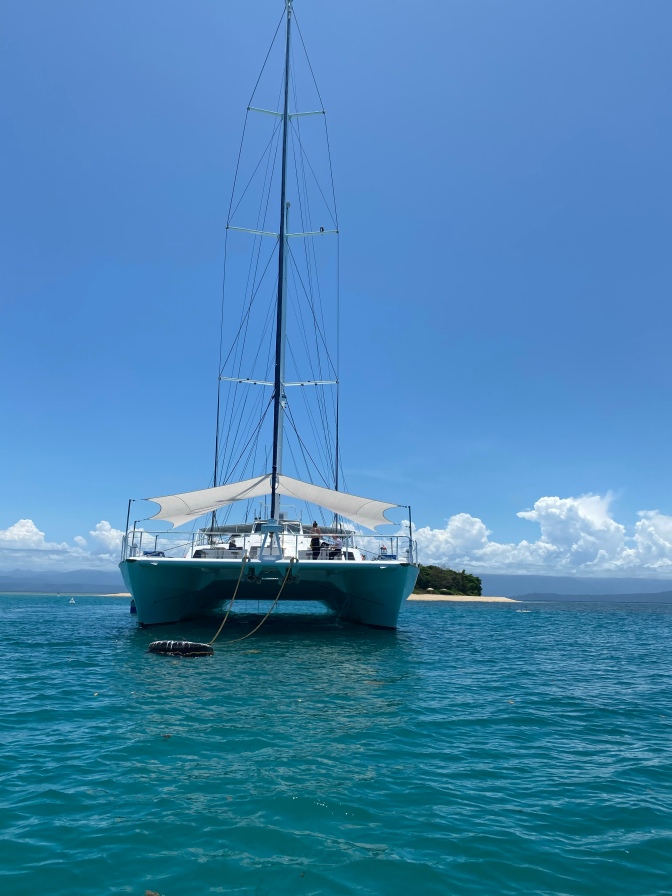 We boarded a catamaran for the 75 minute cruise to the beginning of the outer reef. A note about current Aussie tourism. I was somewhat ambivalent about traveling to Australia. We had seen videos of the severe fires on our news broadcasts and heard about poor air quality. In addition, the coronavirus has taken a huge bite out of their tourism by banning travel with China. The overall effect was an attendance on our ship of 27 adventurous souls on a ship set up for about 140 visitors at capacity. We loved the intimacy, but understood their reality. To their credit, all the people and places we have visited gave us their full welcome and made known their appreciation that we were here. The Aussies are an inquisitive, fun-loving bunch, so they don’t let things like fires or tourist recessions damper their moods. The pics below show the beautiful Australia coast as we looked back from the catamaran on the cruise out to the reef.

I don’t have an underwater camera so the only pics you’ll see from the reef were taken from the ship (reef shark) and the coral through their glass bottomed skiff. The fish were ok, but the coral was the most diverse and colorful I have ever seen. In particular, I was mesmerized by giant clams. Other than animated Disney offerings,  I had never seen one, but these were three feet long with various coloring. They remain open until a shadow passes overhead…Then blam!! The ship guides talked about a rise in temperature a year or two ago, which even as little as one degree, will cause the organisms in the coral to leave. The temp resolved before any serious damage was done, but I got the feeling that this is a very fragile ecosystem. 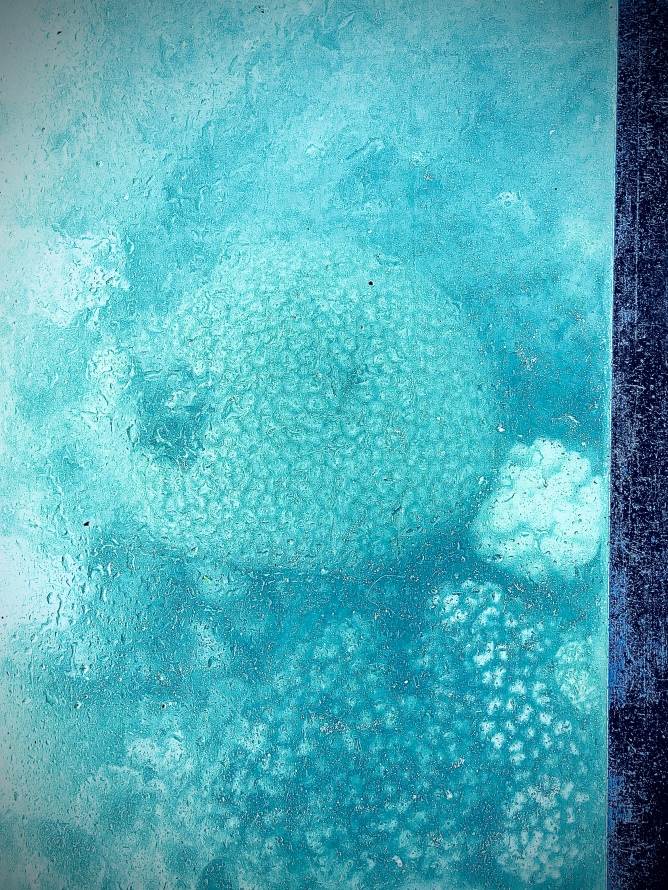 We spent most of our time snorkeling through the coral. Too soon it as time to dry off and head back to shore. One quick snorkeling note… The crew gave us lycra suits to west because of the threat of jellyfish. We never saw one, but liked the suits. They were UV protected so no worries about sunburn. The water was super warm so I really don’t know if they have a wetsuit thermal effect. But they also roll up well (when dry) and would be easy to pack.

If we return, I could see arranging to stay out on one of the reef islands for 2-3 days. Here are a couple more pics of the Coral Sea from the Captain Cook Highway on the way back to Cairns.