Our plan for the day was to get back on the Blue Ridge Parkway and drive another 110 miles to Charlottesville, Virginia. But the best-laid plans… After a few miles into the Shenandoah, the Parkway had been closed. We heard that the same storm that messed up our day in Shiloh had knocked down enough trees on the Parkway to cause closures. But we hadn’t seen any until today. We diverted down from the ridge and found a nice eatery for breakfast: The Blue Moon Cafe… And we discovered that our host, Mr Moon, had escaped North Korea with his family three years before the war broke out. Later he emigrated to the USA and has been serving food in Roanoke for quite some time. A nice experience… As Hamilton and Lafayette said, “ Immigrants, we get the job done !!”

So we got back on the road, hoping to rejoin the Parkway a few miles north. BUT, we saw a sign for Appomattox and decided to improvise. 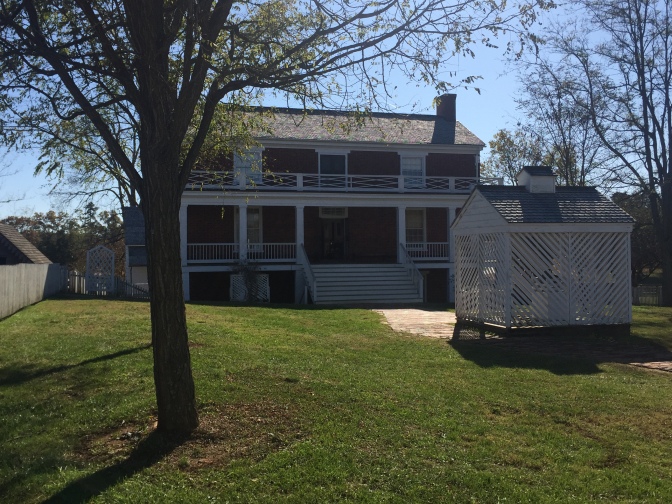 As nearly all Americans, and I would suspect many internationalists, know, Appomattox is the site in Virginia that ended the Civil War when Robert E Lee surrendered his Army of Northern Virginia to Ulysses S Grant’s Union forces. A little history… Lee and Grant had faced off against each other for almost a year in trenched positions near the Confederate capital of Richmond. This warfare was actually a precursor of the battlefield strategies used in WWI fifty years later. Grant had the men and the resources. He finally stretched Lee out so far that he had to give up his positions and retreat. Lee wanted to head south and hook up with another Confederate army in North Carolina, but Grant blocked his path and maintained constant battle contacts for an entire week. Finally the cavalry of George Armstrong Custer (yes, the soldier who was killed a few years later by the Lakota at the Little Bighorn) cut Lee off from a second direction. After one more attempt to break out, Lee asked to meet with a Grant and the two worked out a surrender. Lee had actually been instructed by Jefferson Davis, the President of the Confederacy, to have his men drift away and begin a guerrilla war … But Lee reportedly understood that such an action would keep tensions on fire for many years and bring more destruction and wrath down on the South. He opted instead to ask Grant for a meeting, which took place at Appomattox, a sleepy farming community of 100 or so.

Grant had met with Lincoln a few months earlier to review surrender strategy. Lincoln had specifically instructed Grant to not be vindictive, and to welcome the Rebels back to the Union. Grant followed orders by pardoning all troops. Lee made the request that his men be able to take their horses home for farming… Grant agreed. Grant did not allow his men to whoop it up, and the order of the day was graciousness. Ironically, President Lincoln was assassinated by a Southern sympathizer one week later. 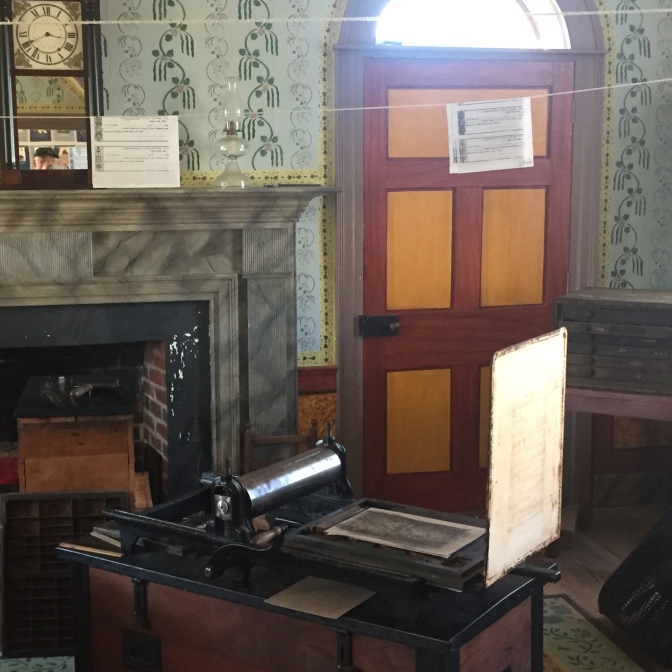 This first pic shows the printing presses that were used to print the pardons for every Southern soldier, one regiment at a time. You can see a couple pieces of pardon paper hung on the line to dry after printing.

We missed completing the Parkway, but driving the Shenandoah countryside was great, as was the chance to personally see such an important part of our history and heritage. 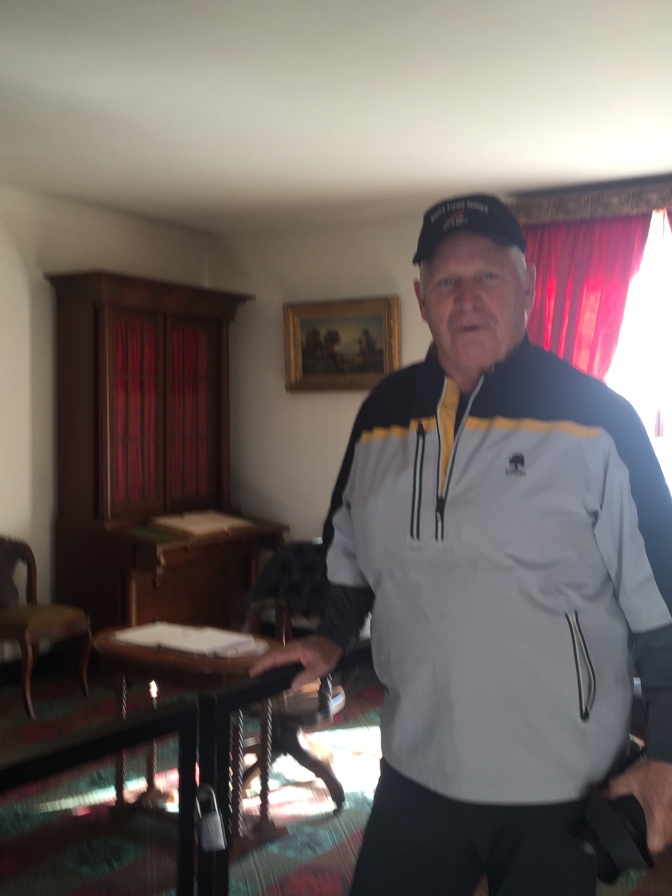