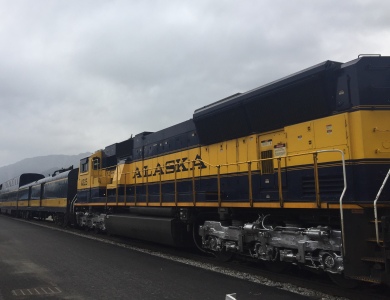 The Alaska Railroad is a unique experience. On our first visit, the trains were on time, and the track took us away from the highways to more secluded vistas and animal sightings. This time around, the trains have been consistently late and slow…but it is not all their fault. Alaska, to the south, is in severe drought. They have had less than an inch of rain since July.  This has led to excessive fires.  Normally, fires here are allowed to burn themselves out. But a beetle has been burrowing its eggs into the local white spruce. When  the eggs hatch, the young feed off the trees, causing their demise. This, in turn, has caused the significant dead wood in the forests to be more susceptible to fires. So between the washout of tundra slides in Denali and fires to the south, the Railroad’s punctuality has been fraught with cancellations and delays. Still, we crossed bridges like the one in the photo above, and finally made it to Anchorage

Anchorage is Alaska’s largest city, and, except for its transportation hubs, there is nothing special about it.  My kids actually hated being there, and fantasized about ways to fly from Talkeetna to Seward to avoid it. It looks like and feels like a city: The trucks turn into cars, there are homeless sleeping in building entrances, and all the hotels and businesses have signs stating that they are not public restrooms. Our hotel actually charged $20 for overnight parking, and everywhere in town has parking meters… In Alaska, they don’t have room to park cars???

So what does one do to escape this downer??? You drive to the largest seaplane airport in the world, and go bear watching!!! One granddaughter gets to be copilot, and the other below, goes to sleep 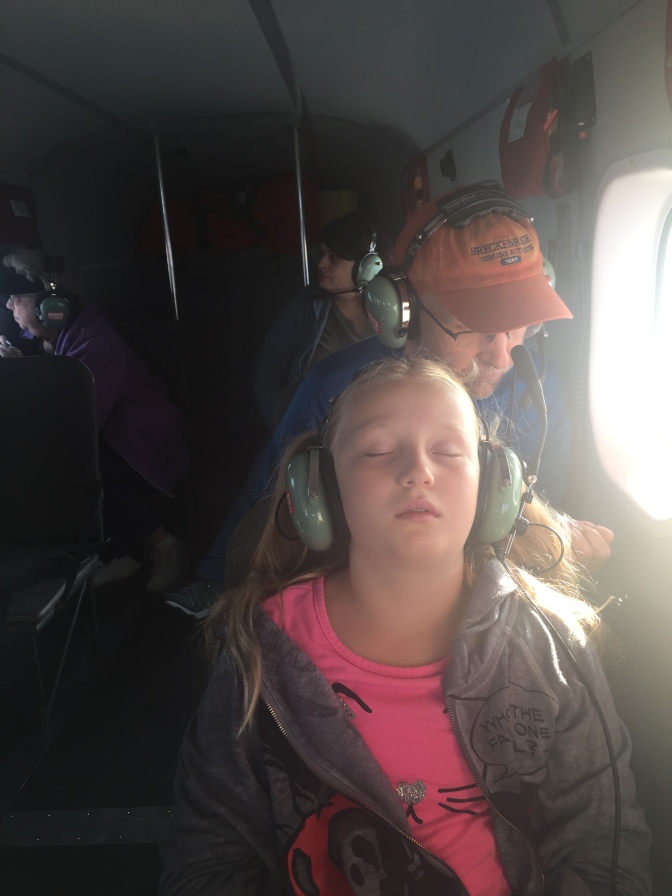 We flew over the rivers and channels to the south before turning into the mountains. Our plane did not ride above them, instead weaving through the mountains, while our pilot tells us stories about landing his plane on lakes about the sizes of postage stamps. 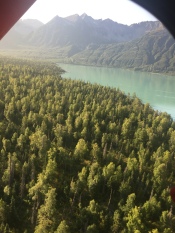 We finally arrive at our destination: Crescent Lake, within the Lake Clarke National Park. There are eight National Parks in Alaska. Three of them, including Lake Clarke, are the least visited in the entire Park System. The others are in the Arctic Circle. Lake Clarke is pretty much accessible only by float plane. The salmon have a harder and easier journey to get here… The hard is surviving on the open ocean for a couple years, swimming upriver past human fish-traps and reels, and avoid all the animals that prey on them.

As the local ranger told us, these fish are “the best of the best.” The numbers we were given were 35,000 eggs for 2 to survive the entire life journey.  But what a vista to see on your return !!! A lake that reminded me of Lake Louise, glaciers above, and waterfalls bringing the snowmelt to the lake. 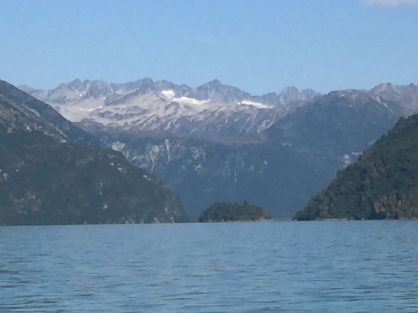 The salmon, indirectly, were responsible for our visit. Their arrival brings the local bear population to the shorelines. 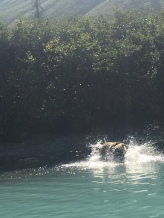 The fish were so plentiful and the water so shallow, that the bears could be really picky… Sometimes they catch a fish, and throw it back because it wasn’t to their taste buds. They really like the eggs and skin. The younger bears often played with the fish… Jumping on them, putting them in their mouths, and then pushing them away. Eat a little, play a little, and get ready for winter. The gulls are there for the scraps.

But the salmon were also the stars of the show. It’s impossible to not be impressed with their focus and effort. They literally push themselves to death to be here. And after spawning, they begin to turn white from their natural red. The locals say they start to look like “zombie fish”. So I asked our naturalist, “Am I correct in thinking that these fishermen are catching and eating fish who are emaciated, zombie fish???” Yes, and that’s what we ate for lunch, as well.   Still tasted pretty good

All too soon, we boarded our floatplane and took the “scenic route” home past the glaciers, listening to our pilot show us the postage stamp lakes he wants to land on… “I could land it, but couldn’t get it to take off without hitting the cliffs.” That’s okay, I thought…as we flew back to the dreaded urbanity of Anchorage for one more night.