A new series of posts will be forthcoming, and most will cover our family trip to South Africa and Victoria Falls. But, as most of you know, traveling to the Cape of Good Hope is extremely long and requires six hours time change. So Mrs Bear and I flew into Paris a couple days early to acclimate and shorten the trip. Paris was selected because we haven’t been here yet, and most would agree that it is a must-see city…

So the real posts will start tomorrow with our walking tour, and dinner at the Jules Verne Restaurant on the second level of the Eiffel Tower…For the rest of today, we stay up and accommodate to the time change. Photos from our introductory walk at the top. 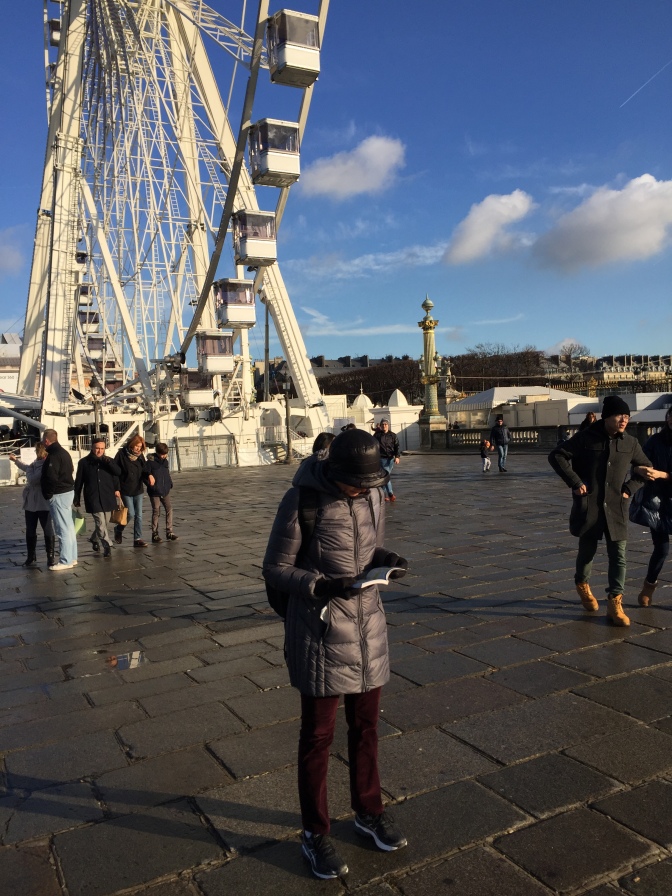 The above Photo is typical for my wife…No, not her location on the Seine, but rather her head down in a tour book or map. Many years ago, she navigated us back over the mountain on Saint Thomas without making a single wrong turn to our house rental, despite more than half the street signs missing from the winds of a recent hurricane. My job is to guide her as she looks down and walks simultaneously, keeping her away from steps and pedestrians. Today, Mrs Bear announced that we were “snacking on Paris.” We don’t have enough time to do things in depth, so we tried out various entrees on the Paris buffet… We will take heftier portions on future visits. 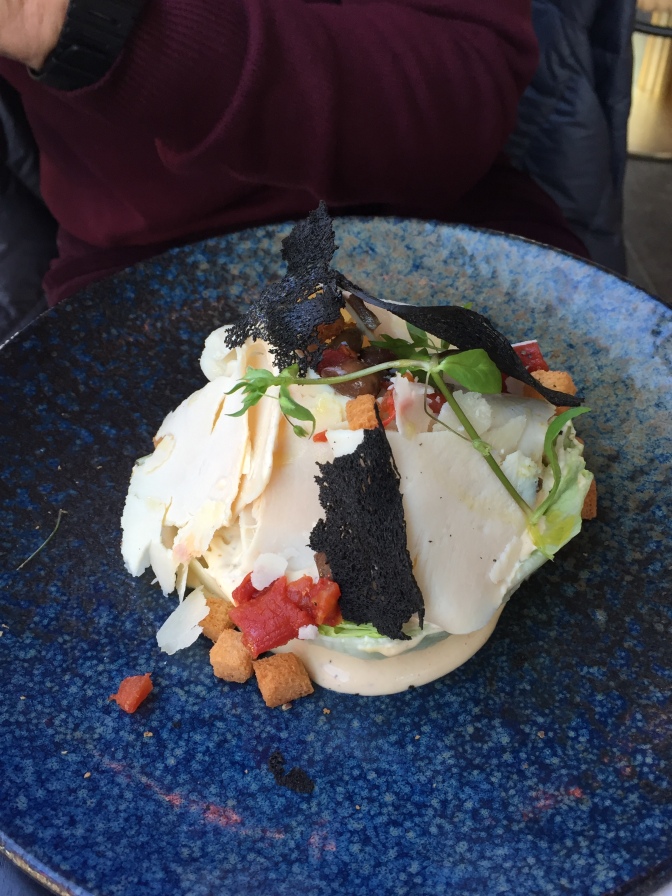 The photo above is Mrs Bear’s Caesar salad from a street side bistro along the Champs Elysees. There are hundreds of similar eateries in Paris and they are wonderful for light bites and baguettes. They were also perfect for us as we were “snacking” our way through Paris landmarks. The dining experiences were wonderfully savored…small bites, consumed slowly, as this is an Experience, not just a refueling. I found myself satisfied with smaller portions…And the breads!!!!  I used to think that nothing compared to the sourdough if San Francisco, but the croissants and baguettes here are second to none

Mrs Bear says that, all over Europe, the custom us to eat slowly and late. We were one of the first to arrive at the Jules Verne on the third level of the Eiffel Tower with an 8:00 reservation. I found myself easing into this calmness and comfort big time…And watch out for the homemade marshmallows at the Jules Verne !!!

Some things are snackable and others aren’t…For example, walking up the 280 steps to the top of the Arc de Triomphe is a full meal. Having dinner on the second level of the Eiffel Tower is pretty much a full meal. But there are several snackable opportunities. For example, we visited the Louve. We arrived late in the day with short admissions crowds. We planned to tour one suite and come back tomorrow for additional exhibits. We settled on the Egypt exhibit, touring a vast wealth of artifacts from tombs…Mych of which the Egyptian government wants back. We never made it back the next day as our snacking bit into other tastes. So we left the Louve without seeing even one painting… It is my understanding that they have a few, and we will wait until our next visit to see them 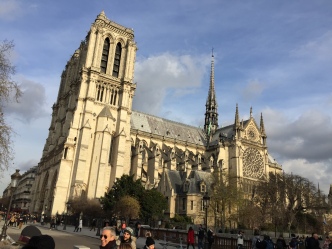 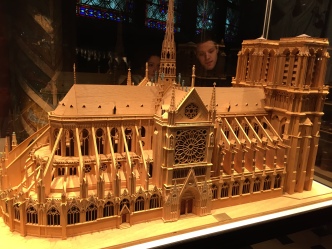 Likewise, we barely tasted the Cathedral Notre Dame, built over the past few centuries on a island in the Seine. We walked its interior and yearned to know what we must wait to learn.

We also visited briefly the tomb of Napoleon, which is within the French Museum of Weaponry, the Eiffel Tower by having dinner above the lights of Paris, and the Arc de Triomphe, which is also the site of the tomb of the unknown soldier. We walked to all these sites from our beautifully located hotel…These walksvalso required the burden of walking alongside the Seine and crossing its banks many times !!!

But we must now leave and turn our attention to South Africa…Paris was but a brief resting oasis amid lengthy travel and strenuous time zone changes. It deserves to be a featured attraction, and someday, it will be.