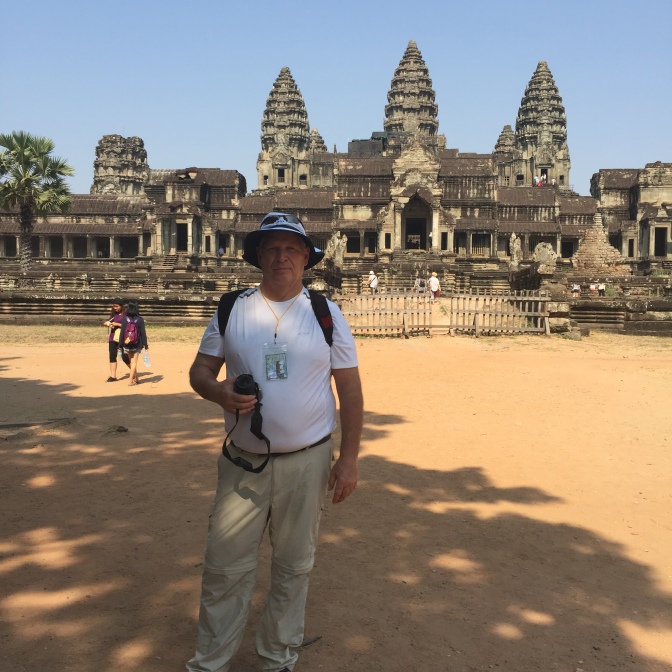 We cruised southeast to Cambodia, which is part of the Indochina Peninsula. This is our second visit to Cambodia…Mrs Bear and I were very fortunate to have made a short trip to Siem Reap a couple years ago.  We toured the temples of the Khmer Empire, highlited by Angkor Wat. This visit was to a primarily rural part of the country. You can go to April 2016 (Episode One) to read my account of the fantastic adventure).

This time, we came into Sihanoukville, Cambidia’s only deep water port on the Gulf of Thailand. While we did not see them, there are a series of very nice beaches, protected by coral reefs. These two factors: trade and tourism, have led seemingly to a boom in construction and investment. In town, there were cranes  and construction crews everywhere. In the countryside, huge sectors of land have been bulldozed of their vegetation, which was then burned. The Chinese are the biggest investors, followed  by other countries, including the USA. I said “seemingly,” because there were also reports that this year industrialization has slowed down due to downturns in The Chinese economy.

I have no photos of all this because it was more than a little ugly…In addition, there was trash everywhere. If someone finished with their plastic bottle, it was simply discarded. I saw this as an indicator that Cambodia is a poor country with limited infrastructure. I visually searched and never saw a trash can. If no one is picking up garbage, there is nothing else to do except just drop it. I don’t really see this as a personal flaw…Rather, it is a stage of development. The USA did the same thing (western is expansion) and does the same thing (space station).

Cambodia is on the undeveloped end of the SE Asian spectrum. The people make less money and do not receive any government benefits. There is NO free education, healthcare, or pensions. I didn’t see any mass transportation.

We got out of the city and took a boat ride through the mangroves of the Prek Toeck Sap River of Ream National Park:

This was beautiful and away from the city  I hadn’t see mangroves this nice since the Galapagos.

At the end of our cruise upriver, we walked through a Cambodian village. The walk in was “cool,” as we walked along the edges of dried-up rice paddies. I remember seeing a lot of photos of rice cultivation from Vietnam, and other countries…So to see actual rice fields, even if they were dormant, was exciting. This area has two seasons: Hot and dry, and hot and monsoon. Rice is grown once each year during the wet season.

At the village, women and children were present. The men fish in the river while the women take care of the kids and manage the local fields. We saw their local school and homes. All the homes had a working area at ground level…The living areas were above ground… I think  this is to prevent flooding during the rainy season. 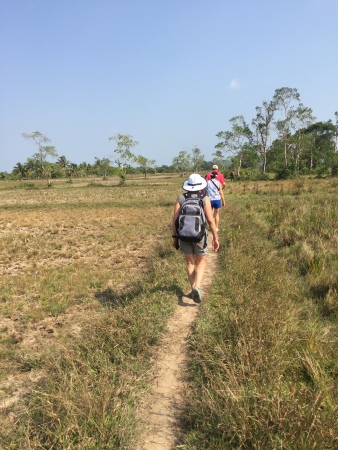 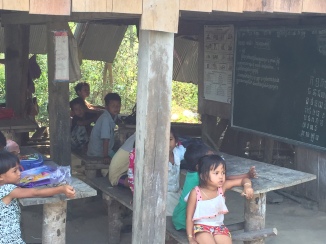 On the ride out, we passed huge acreage that had been totally cleared of its vegetation and set for construction. This was within a mile of the village. Our guide said the plan was a Chinese hotel and casino project. I didn’t really understand this plan… This land is far away from the coast, city, and beaches… Who would want to stay out here??? And I worry for its impact on the village and a destruction of centuries-old way if life. But it’s not my life and I won’t be back anytime soon to assess the impact of either Cambodia’s efforts to enter the industrialized world, or the village’s efforts to resist the temptations of city encroachment. 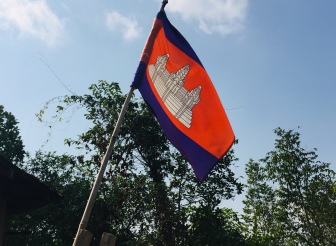 Grew up in California...Went east for college and, later, work, and never returned to California as a resident...Have a Ph.D. in Clinical Psychology...Worked in private practice settings for most of my career...Now retired...Married to Mrs. Bear (Lela) for 46 years...Spent most of my youth travelling the beautiful landscapes of our continent...Am now in a time window to see the rest of the world, and report some of my impressions on the Blog. View all posts by barrybrink