Before beginning this new thread, a couple more tidbits about Lake Titicaca. The lake was formed millions of years ago when earthquakes caused a shift in the Andes. The last ice age produced glacier melting that changed its waters to fresh water…Finally, the lake is huge. There was a mountain range that, I thought, was the boundary of the lake. In fact the lake goes on over the other side. Altogether, Titicaca is 313 cubic miles large and we were seeing about 5% of it.

Today, we boarded a boat to visit the floating islands of the Uru people on Lake Titicaca. The Uru are a pre-Incan tribe that resorted to living on Titicaca as a defense from becoming conquered by the Inca. Initially, they lived and slept in boats which were obviously too small for their needs..:And to demonstrate that genius is not always promoted by academics, they came up with a system to build floating islands for their new homes. 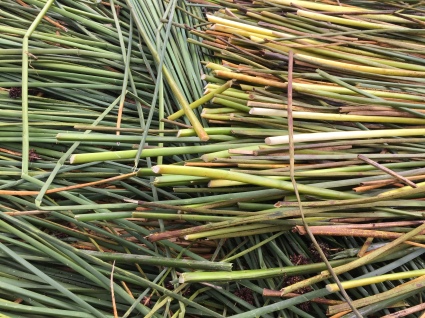 The islands are built with a local reed. The photos above show a model of the islands and the cut reefs on the surface. The roots are packed together as a base and the reed shoots are spread, in layers, over them. As water is absorbed into the bottom layers, additional layers are laid on the surface. So the people are always harvesting the reeds, which they also used as a food source, similar to chewing on sugar cane.  The huts, also built from reed materials, are elevated so the people don’t wake up in water. The islands can also be moved for defensive purposes. Finally, the entire island must be rebuilt every 15 years.

The Uru fish and hunt lake birds…Their average lifespan is 100 years…As our guide said, no Starbucks, fast food, or nicotine.

The people have prospered somewhat by tourism and have installed solar panels. They also trade with Puno for additional food and flotation bases for their reed boats.

A final reflection: The Uru still live in very primitive conditions: five-to-seven families per island and entire families in one small hut. Yet they generate enormous revenue for the local communities. Our hotel was very upscale and filled with tourists who would not come all this way just to see an enormous glacier-fed lake. The boats and tour companies are from Puno…In addition to the trade and money spent by visitors in the local shops and restaurants. I was stuck by The irony of this economic system. 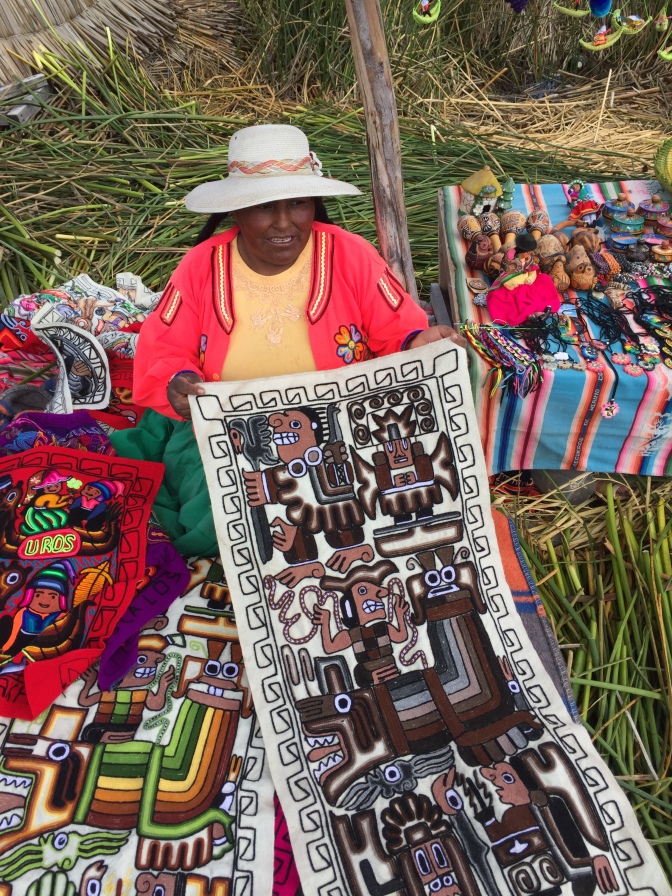