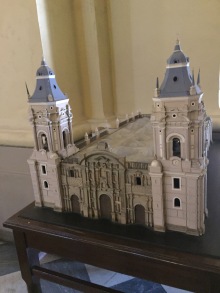 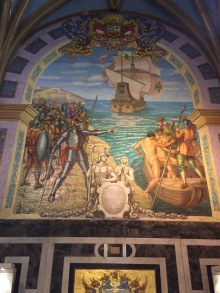 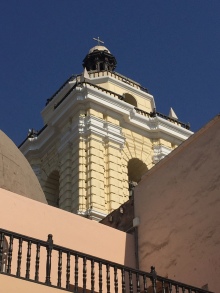 On our way back to the airport this morning for an hour flight to Cusco, we learned some additional insights into Lima…Lima has almost no highways which makes traffic very interesting. The primary reason for this is the huge influx of Peruvians into their capitol city in the 1980s. Peru went through their share of communist insurgencies, and the danger to civilians led to a huge migration of families to the city. The infrastructure was not prepared and is still catching up. Our guide said that the huge number of homeless has been largely dealt with and the economy has stabilized the influx. The President at the time ordered a huge clean-up of tefuse, and then told the people to keep it that way… Upon hearing this, I noticed an almost complete lack of litter in the city.

We also learned that Presidents have a huge executive order power. For example, slavery was abolished by an executive order in the  mid 1800s…The slaves left the plantations and moved to southern Peru en mass.  The government then supported huge emigrations of Chinese and Japanese to provide labor for the plantations…Today there are 2 million Chinese in Peru which is their largest minority. 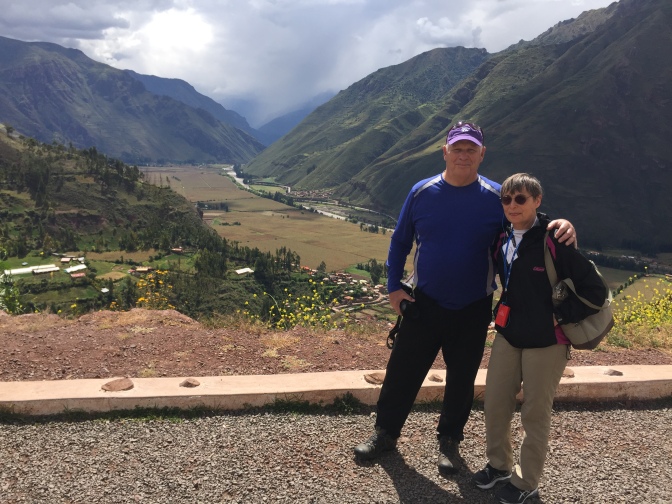 Just a few quick notes about the Sacred Valley today, as our exploration really begins tomorrow…We flew in Cusco, the ancient capitol of the Incas, which is at about 11,000 feet above sea level. We then drove over the mountain pass and down the other side to the Sacred Valley.  This Valley follows a river with sheer walls on both sides…It received its name because during August, which is dry season here, the valley parallels the direction of the Milky Way. More on this next time…It’s been a long day.